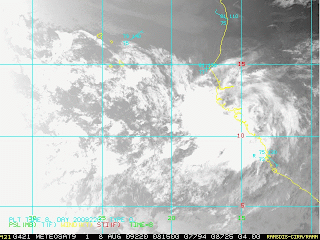 Due to some showers flared up by the warm front the warmth that we will see will be a bit delayed. So today we will see a few showers and maybe a couple of storms. The showers and storms will scattered and not concentrated.

But, as I said, here comes the heat tomorrow with highs approaching 100 in many places. That continues Monday for all.
Tuesday, some slackening of the heat in the North (90s will still be prevalent)
Wednesday some storm possibilities increase and the temps push back to about 90 in the north, still 90s in the south.
Highs will then move to the mid and upper 80s Thursday and Friday with a chance of storms.

For the first time in a while a very strong and rotating tropical wave just emerged from Africa. It bears watching, but many systems have just died out after reaching the coast so I am not thinking it will become a tropical system, but it may! I attached it above.

In the near future I will be updating alerts and email options for these discussions and severe alerts! All part of the changes and expansion of Mid Atlantic Weather!

This site uses Akismet to reduce spam. Learn how your comment data is processed.